Alessandro Piano was born in 1979 in Genova, an historical city of the north-western part of Italy. The love for the city with its glorious past has been translated into loving the traditions and getting a deep nowledge of them. This kind of passion has been intensified throughout the years by trying to collect the findings from the past that could help us knowing in a better way what we are now. The games are just a small part of the past but they have the capability to reminding us our childhood, which is one of the most beautiful periods of all time. The advantage of collecting these games is that they can bring us not only our childhood’s memories but also we could also finally have the possibility to obtain something we desired since then and the research became deeper when Alessandro’s daughter was born: the desire of showing her what made her father an happy kid when he was her age became an obsession. The Game Research’s next step was trying to re-elaborate them with the intention of making them iconic and unique. That is to say that because many games are unknown to some people while others – such as the Bricks – are immortal. To be more precise, the intention is to involve those who were born around the 70s in a big step back in past, allowing those who were born after to discover a new world and giving a fresh restart to those toys that today are forgotten. The Fernandez Arman and Piero Gilardi’s reference is evident as well as the influence of the Fluxus Art and the discovery of the resin’s versatility completed the circle. Talking about the “Alter Ego” sculpture (first one created in April 2019) there’s the intention of making a fixed number of them – around 100 pieces per series. Alessandro just started the third series –

Alessandro studied at the scientific high school with an experimental course in physics and informatics. He gained then a degree at the University of Genoa in chemical engineering. Currently he is a cocoa’s broker with a deep devotion for art. He does his best with manual working especially with wood and resin, all of that combined with the love for collecting games makes Alessandro a real passionate artist of our age. 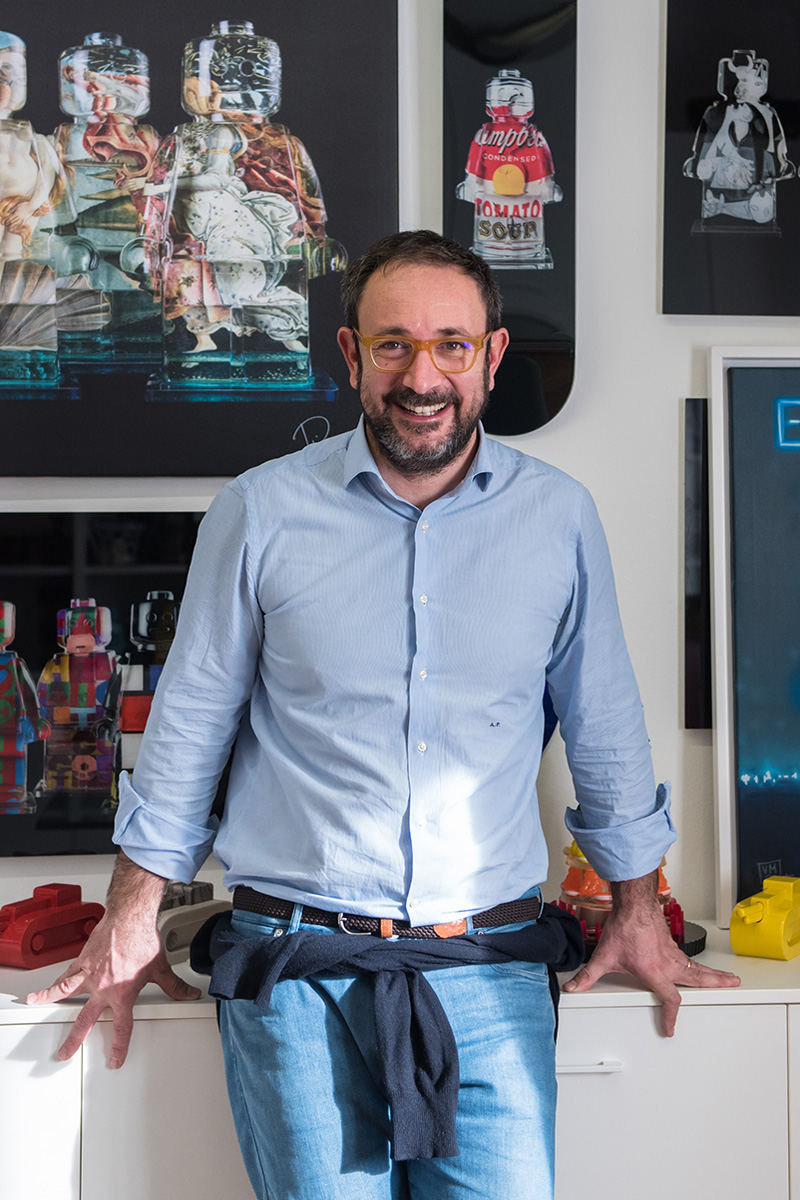 Where I can now totally dedicate myself to creatio

#alteregomaxi will be the #concierge at *Sabato 2

Alessandro has been in love with the Bricks since he was a child and the Famous bricks are immortal still today in his life. They are also able to transform into something immortal all games that were common in the ‘80.
Menu
Menu
© 2019 Alepiano All rights reserved | Com.Ex.Im. Srl – Art Division Piazza della vittoria 11A/5 16121 Genova Ge P.Iva 02846380109
Menu
Close

No products in the cart.
Search
Close